Reviewer: S.E.W. - - January 16, 2013
Subject: Review By: Yeah I Know It Sucks (Alex Spalding)
My last review was for Jared C. Balogh’s Simplistic Future, which I thoroughly enjoyed. Balogh himself then turned my attentions toward this album. As it turns out, it is volume one in a two part – so far – series of albums, Simplistic Future being volume two. So… there was no way I was going to review the one without the other. Especially not if I were jumping ahead and only reviewing the second part. I’m a bit obsessive/compulsive about shit like that.

So, jumping right in, the first track is ‘With The Helping Hand Of Chaos’. Chaos’ hand here is a heavy one; the music feels light, but the sounds used are dark and deep. There are some places in which you feel like you’re listening to Squarepusher programming a cheap midi keyboard. Vocals of the spoken word / beat poetry variety come in and are a nice touch, thematically, adding another layer of chaosvibe to everything happening. I thought to myself, “How great would it have been had more of that happened on Simplistic Future.” That might have uplifted the music there somewhat, or modified it’s vibe to a degree.

The second track, ‘More Than Just A Couple Of Screw Loose’, is very pretty and very cheesy – at the same time! It’s a theme song for a cracked-out clown at a 32-bit circus. My favourite part of the track comes in at roughly 2:05: a sinewy arpeggio chirps in and out while a human voice prattles on about something or other, then the gritty bassline and drums kick in and before you know it a really lovely melody starts to play. Thus far, my favourite of Balogh’s work that I’ve heard…

… though track three, ‘Please Don’t Mess With My Frankenstein’, may have it topped for sheer audacity. It is speed-addled and chaotic. No sound can seem to stay put for long in one place but, far from being a mess, it’s absolutely cogent… absolutely nuts, too. Bass bangs rapidly against your eardrums, and melodies are frantic and morphic. Then, everything becomes a loop and tapers off toward the end.

There are parts of track four that come close to grindcore-level thrash, but it’s more avant-garde in essence. ‘I Ain’t Your Cyber Bitch’ is the title and, as it would suggest, a cyber bitch we are no longer. I loved the little flutes that play a tune near the end of the track, lightening things up after the full-on assault you earlier received.

‘A Tiny Piece Of Infinity’ is track five, and it begins with really sweet sounding synth-leads, playing in strange-but-provocative scales that will lull you into a trance. They occasionally evolve into arpeggiations, then break down again into simpler melodic structures. There’s an element of playful noodling around, but it never sounds unskilled. The track goes on in this manner for it’s entirety, then ends with the addition of reversed drums.

‘Magnitude’ is the first track here that I liked most for the intense drum work and programming than for any other reason, but it wasn’t my favourite track.

Track seven, ‘They Will Control You’, starts off much the way the previous track did, and I became worried this album might begin to lose steam, but then these bizarre, sliding arpeggios come in and you’re pretty much hypnotized again. A few interesting uses of space and silence come in about halfway through. Triangles ding, more arpeggios unleashed and… the thrash comes back, full force ahead. I think I’ll take a moment here to address this sort of odd sensation that comes over you after spending some time listening to Balogh’s work, with these arpeggios… you try to look for a sensible, maybe hummable or simple human melody in them, but the scales he uses make that a difficulty that is 9/10ths of the time insurmountable. So you eventually settle into attempting to appreciate them in terms, solely, of sound. “Oh, that’s a pretty, clean tone” you might think to yourself. If you’re in either of these stages, you haven’t gotten it yet. I’d say that experiencing real, tangible joy in this album, you almost have to approach it in a manner maybe similar to looking at a magic eye picture. Lose focus, take the arrangement of seemingly disparate parts as a whole and then refocus on how they’ve been arranged in juxtaposition to one another. Yeah, ok, it’s still really chaotic sometimes, but you’ll hear some things – and often, really throughout the album – at which everything comes together and dumbfounds you with it’s impressive complexity. That’s the real magic here, and I got it for the first time on this track. The nicer melodies in previous tracks, you could think of as a red herring. Appreciable on their own, sure, but you don’t want to search for those all the way through this work, because they’re few and far between. You’ll get your nice-music-sensors running in the former half of the album and forget to turn them off, but you’ve got to, because there are some real nice things happening here beyond just the whistleable tunes. Just have to let it all get weird. Let the notes in the arpeggios be the last thing on your mind and focus on the arrangements…

… then, of course, throw some of what I just said out the window for ‘X-Filing’, because it goes right back to the cool, sensorially nice melodic shit here for a moment!

The final track, and a really beautiful one at that, is ‘Bearing The Pain….The Beginning Of The Meteoric Rise To The Summit Permanently’. It’s like… the perfect climax for an album of this nature, taking the arrangements-to-the-fore approach to listening and allowing for a simple, subtle gorgeousness in the sequencing and melody to shine through as well. Things wig out in the home-stretch, with more of that rapid-bass kicking up a fuss and the introduction of a phaser. A great finish!

Balogh’s music in this series is like something an old robot might make after becoming self-aware and developing a taste for experimental jazz arrangements, social commentary and cognac. Overall, I’d say the music on Irrelevant Future is more fluttery and playful than it’s counterpart, which made the listening experience a lot more fun for me. It made a very different impression than it’s sister, Simplistic. It felt more brazenly experimental, as well. I had a blast hearing it… not to mention, I think you will too, so go give it an ear at the link! 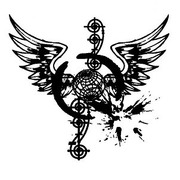